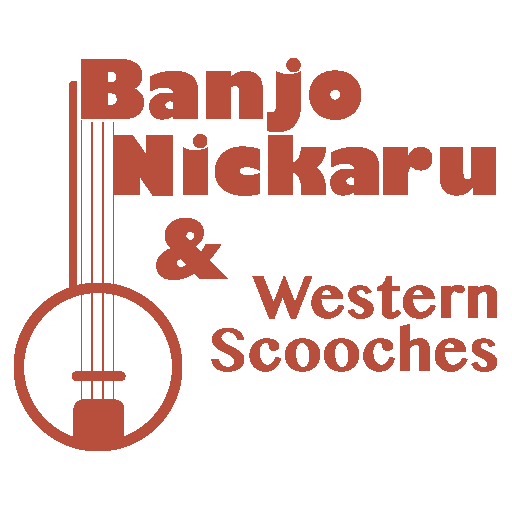 Banjo Nickaru & Western Scooches sophomore album, Get Us Out Of Fearland:
#2 album, #2 artist, #5 song with 6 of our songs in top 20 on the International Folk Music DJs Radio chart! 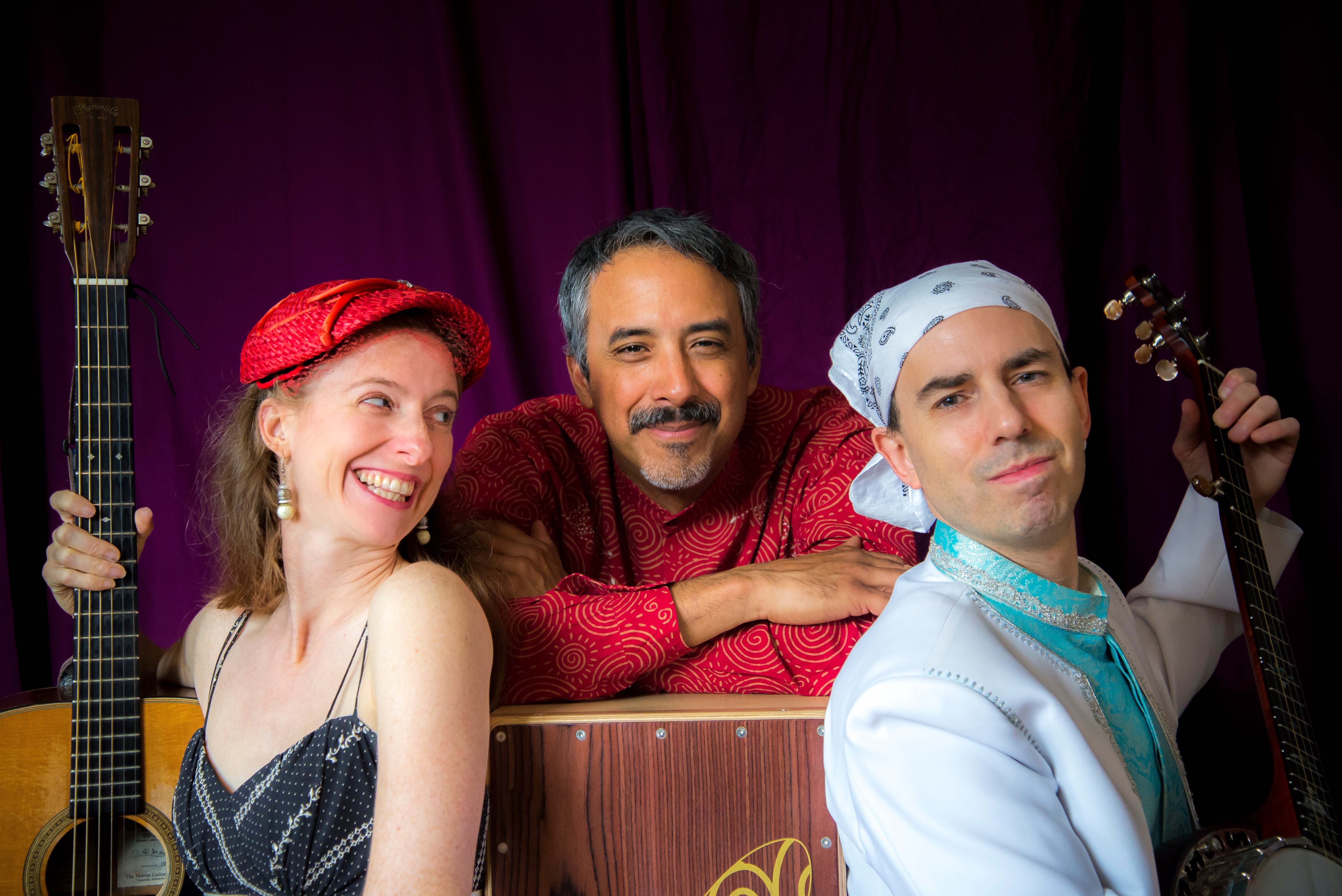 John Platt (WFUV)
““A band that has to be seen to be believed.”

No Depression
“Americana music at its purest and most impressive”

San Diego Troubadour
“…it’s unlike anything most listeners will find elsewhere.”

Rambles
“It underscores, too, how sounds from another time can be renewed and re-imagined, by creative minds and right hands, in the present moment. Banjo Nickaru & Western Scooches are ridiculously fun.”

Downbeat****
“Nick Russo has worked with artists all over the jazz spectrum. His latest release brings a decidedly unorthodox approach.”

The Classical Arts
“Fresh and vital…. This slice of sumptuousness, replete with oodles of Prohibition Era cakewalks, spans the gamut from jazzbo flapper dance tunes and traditional folk hoots’n’hollers to Crescent City craziness, Fats Waller (Ain’t Misbehavin'”), gospel (“This Little Light Of Mine”), Elizabeth Cotton (“Freight Train”) and the kind of honeyed originals that makes one move and tickles one pink. This, then, is the Very Next Thing”

No Depression
“Ultimately, this is Americana music at its purest and most impressive, making it indeed a lesson for the learning.”

DownBeat Magazine ****
“… As a sideman, he’s worked with artists all over the jazz spectrum, from Jimmy McGriff to Mark Turner to Vince Giordano. It should come as no surprise that for his latest release… Russo and his band (vocalists Betina Hershey and Miles Griffith, with percussionist David Pleasant and numerous guests) bring a decidedly unorthodox approach”

London Times
“There’s no point in trying to pin a label on an extrovert American band, led by guitarist, Nick Russo, who set out to cover so many bases from hot jazz to folk, blues and Big Easy funk…. unfailingly high-spirited. Purists will hate it. Everyone else will have a good time”

The New York Music Daily
“…their sound is totally retro – yet completely in the here and now, another case where the old is new again”

New York City’s Banjo Nickaru & Western Scooches is one of the only groups to bring a Gullah-Geechee element into the folk world. The band also plays folk, country, 20s/30s, music of New Orleans, blues, old-time music, and roots music. 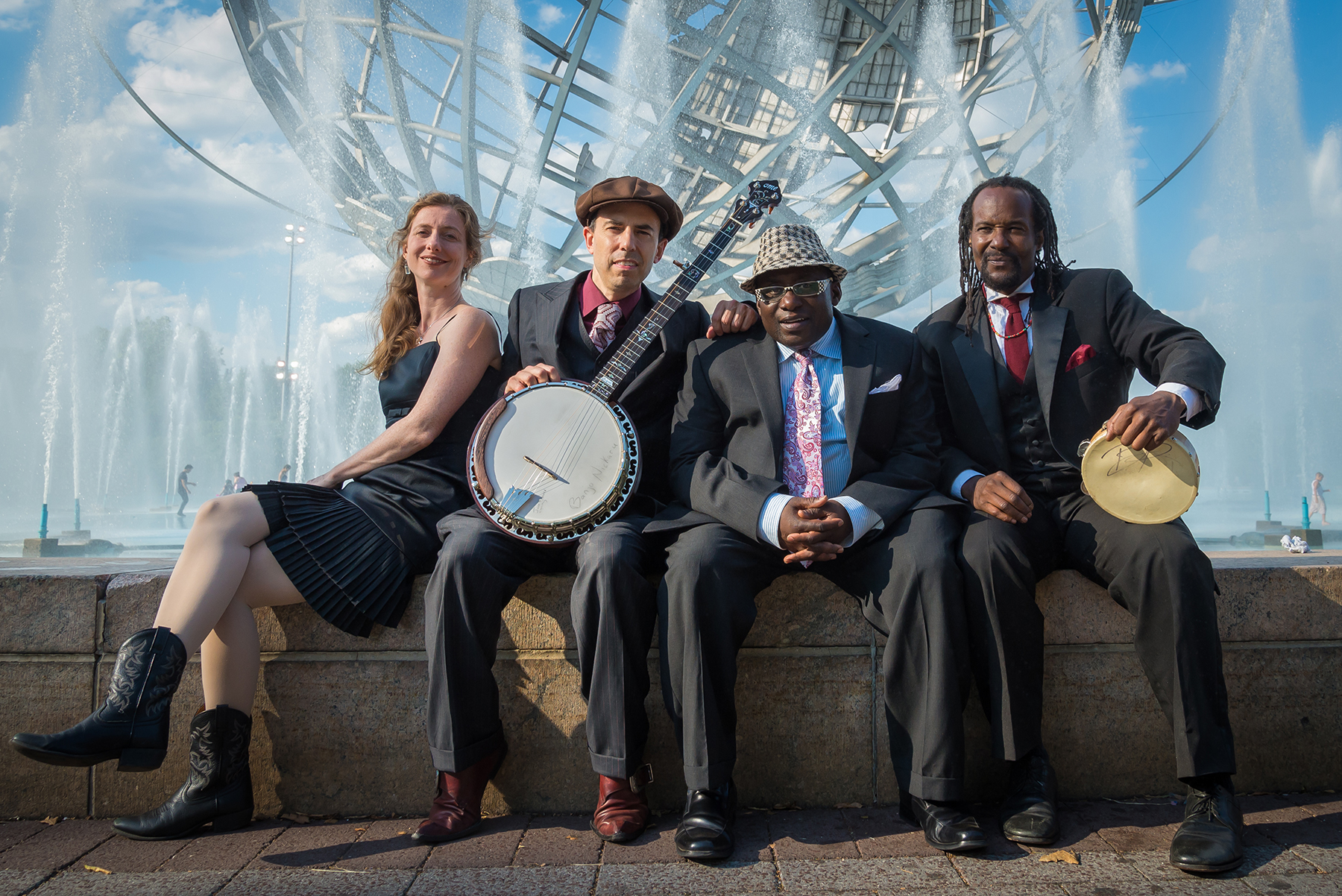 Nick Russo leads the charge as bandleader, playing an assortment of fretted instruments, including banjo, resonator, guitar, electric bass plus organ, Rhodes and harmonium. Russo had the honor to play with Sir Paul McCartney while performing at Gwyneth Paltrow and Chris Martin’s home. Nick has performed on ABC’s “Good Morning America” and appears in the Sam Mendes film Away We Go and PSB Masterpiece, The Chaperone.

Betina Hershey (vocalist, guitarist, composer) has appeared as a principal dancer in Disney’s Enchanted and Mona Lisa Smile with Julia Roberts. Hershey performed on international and national tours of Broadway shows including “West Side Story” and “Phantom of the Opera.” Betina’s in-demand original children’s musicals have been published and continuously performed nationally and internationally.

Gullah-Geechee percussionist and composer – Dr. David Pleasant has performed with Wynton Marsalis, Paul Simon, Cecil Taylor and many others. David also performed on Nickelodeon, TED talks, ABC with Ted Koppel, Broadway, and all around the world.

Rounding out the band is Miles Griffith. His non-traditional use of the voice as a percussive instrument, combined with an uncanny harmonic sense has made him a prime choice. He is a composer and has performed with Max Roach, Reggie Workman, T.S. Monk, Barry Harris and others. He played the lead role in Wynton Marsalis’ jazz oratorio ”Blood On The Fields,” which premiered at Lincoln Center’s Alice Tully Hall.

“We picked ‘You Are My Sunshine’ because my Mom used to sing it to me, and I just loved singing harmony with her. She died 3 weeks after we Nick and I married and she has had a huge influence on my musicality since she loves country, bluegrass, and so many genres of music,” said Betina. “She sang to me all of the time, and now I get to sing to my kids all of the time, too. They’re 5 1/2 and they were singing this song to me the other day as we walked home from school… I just loved that!”

“The song ‘I Don’t Believe in Love’ is a saucy flirtation of a song. I do believe in love, but it puts all kinds of pressure. Since we were having so much fun together, maybe we should leave the ‘love’ pressure out of it,” said Betina. “And by the way, we didn’t get married in Spain, but we did have a musical honeymoon there.”

“It was obvious to us that Elizabeth Cotten’s ‘Freight Train’ was going to be our first track,” said Nick. “The vibe Betina creates with this tune with my added slide fills and David’s harmonica playing creates our sound. By all means, we are not only inspired by Elizabeth Cotten’s piece, but the way she sings and plays guitar on her version, it’s certainly a masterpiece and part of our African American heritage.” 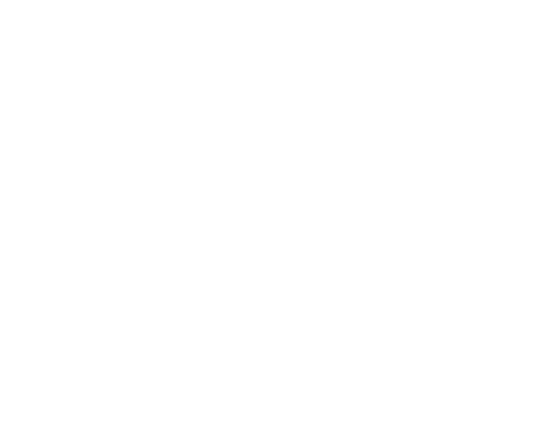